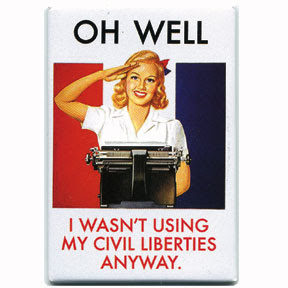 Fundamental rights are those rights that are explicitly or implicitly sanctioned by a country’s constitution, are guaranteed to all citizens and most residents of that country and, given their importance, are accorded special protection by the judiciary. Historically, they coincide with the natural rights assigned to every human being and with those rights listed in the US Bill of Rights. They prescribe the limits of intervention and interference of the central government in citizens’ lives and can only be partially and transitorily restricted under a state of exception; for instance, in case of national emergencies like a war, a spate of terrorist attacks, or civil unrest, when security concerns prevail over certain civil liberties and personal entitlements. However, even a partial suspension or infringement of these rights must be strictly scrutinized and approved by the highest judicial body of a country which, in the , is called the Supreme Court.

These rights include the right to life and to generate life, to marry and to raise a family, the right to vote, to personal privacy, and to expect equality of treatment before the law – the “due process of law” of American Constitutional Law –, together with a series of civil liberties such as freedom of thought, speech and press, assembly and association, petition and religious affiliation and practice. Civil liberties are what the English jurist William Blackstone (1723-1780) described as “the great end of all human society and government…the state in which each individual has the power to pursue his own happiness according to his own views and of his interest, and the dictates of his conscience, unrestrained, except by equal, just, and impartial laws.”

This obviously implies that civil liberties may sharply contrast with the self-interest of the majority, which is required to refrain from arbitrary actions. When a majority of citizens strongly believe that their views and reasons are so logically compelling and morally persuasive that everyone in their right mind should agree on a given course of action, the consequences for civil liberties can be devastating, for the provisions contained in the Constitution are subject to interpretation and amendment. This is precisely what occurred in the early twentieth century, with Prohibition and eugenics, at a time when many grew intensely preoccupied with what they believed to be unmistakable indications of moral failure and biological degeneration. For some time, an intransigent and self-righteous moralism and the conviction that what stood in the way of the modernizing process was the result of ignorance, parochialism, and retrograde outlooks, resonated with the beliefs of a “moral majority.” In order to justify the adoption of measures that infringed basic liberties, some reformers who regarded themselves as modern, progressive and boldly experimentalists, resorted to humanitarian, utilitarian, pragmatic and medical arguments, and appealed to the quest for social perfection, which would take its inception from the internalization of the rules of a proper conduct. These sentiments generated a constellation of habits of thought, norms and ideals, a secularized version of the Protestant ethic, emphasising self-sufficiency, purity, conscientiousness, self-discipline and social planning, which obliterated the separation of the legal and the moral spheres.

This ostensibly progressive civic religion was seen by many as essentially fair and morally unassailable. Resistance to ethical self-scrutiny was particularly strong. Various representatives of the judicial branch became self-appointed guardians of the public morality and urged state governments to intrude in people’s private lives “for their own good”. Wayward citizens, namely those who could not be converted to an acceptable lifestyle, and whose behaviour remained unpredictable, were liable to being sterilized or institutionalized. This kind of society, at once ready to embrace an abstract notion of humankind and reluctant to put up with certain categories of human beings, was so insecure, apprehensive, and self-doubting, that it was willing to carry out self-mutilation in order to become risk-free, while refusing to consider the motives of the offenders and “miscreants”.

By 1914, marriage restriction laws targeting “feeble-minded” citizens had been enacted in more than half the states and, by 1917, 15 states had passed sterilization laws. But “only” a few thousand sterilizations had been actually performed, mainly because nearly half of such laws had been struck down on the ground that they violated due process, freedom from cruel and unusual punishment, and the equal protection clause. A second wave of eugenics laws coincided with the Immigration Restriction Act (1924) and ’s Act to Preserve Racial Integrity (1924). In 1924, also passed a law authorizing the involuntary sterilization of alleged mental defectives. This law was upheld, 8-1 by the Supreme Court, in Buck v. Bell 274 U.S. 200 (1927). Justice Oliver Wendell Holmes, who was joined by Louis D. Brandeis and William Howard Taft, influenced by a crude scientific naturalism, a pessimistic anthropology, and a corrosive skepticism, wrote in the now infamous opinion for the Court that “the principle that sustains compulsory vaccination is broad enough to cover cutting the Fallopian tubes…Three generations of imbeciles are enough”. As a result of this decision, taken in a country that prided itself on its commitment to individual freedom but chose to substitute clear constitutional principle for scientifically unverifiable notions of social progress, nearly half the states passed eugenics laws authorizing compulsory and non-voluntary sterilization. Sterilization rates dramatically increased, especially during the Depression, when few families were prepared to put up with the social protection of what was perceived to be a disproportionate number of dependent people, and did not protest against the systematic infringement of their fundamental rights.

The theoretical foundations of constitutional rights were undermined by prominent legal scholars in North America and who favored the notion of “ethical state”, one whose “intrinsic morality” and thorough grasp of the laws of historical and biological necessity made its arbitration and dictates on public matters virtually indisputable. As a source of a morality more in line with the demands of modernity, the state was not necessarily bound by constitutional principles and norms. Radically realist and functionalist jurists argued that personal rights were not inalienable, for they really were culturally and historically relative legal fictions or superstitions, their existence being, to a large extent, contingent on the majority’s willingness to uphold them, that is, on considerations of general welfare and public utility. This Machiavellian interpretation of public law made ethics the handmaid of politics: rights could only be granted by law, and social utility overruled the “untenable notion” of human rights. Therefore virtues, rather than the rights prescribed by the American Constitution, were the defining attribute of citizenship. Enlightened governments were expected to foster virtues and restrict personal rights for the sake of communal rights and civic responsibility. Instead of protecting the citizens, law legitimized the persecution of certain categories of people, supposedly unable to enjoy freedom and to pursue happiness, by gradually stripping them of their rights and legal protections. Such policies were described as politically necessary and ethically indisputable. In a tragic reversal of roles, according to the dominant “discourse of truth” those who violated the physical integrity of other citizens were fulfilling a constitutionally sanctioned civic duty, while the victims of involuntary sterilization and confinement were a social threat and, as such, subject to legally mandated sterilization or confinement “for the good of society.”

Most such laws were only repealed in the late 1960s and 1970s, even though the Supreme Court ruling in Skinner v. Oklahoma 316 U.S. 535 (1942) defined procreation “one of the basic civil rights of man” and sterilization an invasion of fundamental interests which, according to Justice William O. Douglas, “in evil or reckless hands,” could have genocidal consequences.