Patriotism is a mistake 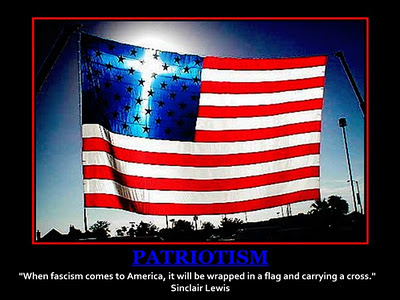 The purpose of the following essay is to demonstrate that, when it takes a political form, patriotism is dangerous because certain objectionable attitudes that make unquestioning acquiescence and violence more likely, such as for instance the fetishism of intrinsic value, the objectification of human beings, and the subordination of rational means to irrational ends, usually come in the same package with patriotism. I offer a political-anthropological reflection on the mechanisms through which: (a) patriotism becomes naturalized and taken for granted as the ideal alternative to leaving people at the mercy of their (it is assumed) wicked and egotistic impulses; (b) patriots reorient the meaning of the phrase “autonomous citizenry” in order to produce an emotional bond (usually pride and sense of belonging) between citizens and a given political community and to promote the belief that there is such a thing as a single, common will and national interest.


It has long been a matter of common knowledge that because modern, democratic societies need trust, cohesion, solidarity, and long term civic loyalty to function and to be societies in a significant sense, citizens must develop an emotional attachment to the country they live in. According to this accredited belief, in times of spiritual voids waiting to be filled, when there is a comparably low level of demand for the available religions, a shared national/patriotic identity, a feeling of belonging, of being part of something larger than oneself – i.e. a “deep” community, a Gemeinschaft writ large, a community of destiny (Schicksalsgemeinschaft) –, will provide bonds of shared values, affection, and concerns. These are needed in order to avert the danger of social alienation and mass atomisation and to foster real human fulfilment and a common understanding of the human good. The argument usually goes that the homeland (patria) should be the ‘primary focus of identification’, that citizens should be willing to make sacrifices for “their” polity, identify themselves with it, have an emotional investment in it, set aside their own private interests and take care of it, responsibly, and improve it, making it more just, with benevolent dedication, as they do with their families and communities. In doing so, they surely build more than one fence, but as the saying goes, “good fences make good neighbours,” and, at the end of the day, human beings are naturally inclined to feel territorial and tribal attachments: to deny these communal identities is tantamount to gainsay one’s own identity. There are no “citizens of the world.”
This is dangerous ground to tread. How much cohesion is really needed? Are not liberal, plural democracies supposed to be based on the free play of conflicting opinions and human diversities? Granting that the amount of diversity suitable to a democracy is not unlimited, how do we prevent the state from gradually being given a superior moral status and from becoming an ethical state, namely an overarching source of morality? Moreover, how effective really is patriotism in overcoming other, more localistic and private loyalties and in producing widespread allegiance, trust, and solidarity? Is it not perhaps the case that it simply adds a further exclusionist boundary without substantially weakening the others? US citizens have been patriotic (and nationalist) for a very long time, but it is hard to deny that sexism, racism, localism, religious fundamentalism and gross inequity in the distribution of wealth and services are still commonplace in American society. Ultimately, patriotisms and civil religions are misguided in that they presume that individuals are too flawed, too ignorant, too unreasonable, too selfish and wicked to lead a dignified and undisruptive social life and to control their own destinies, without the guidance of gurus, customs, and institutions that are by necessity beyond reproach. Patria is all too often regarded as “innocence itself” and this may justify the unacceptable in the pursuit of a vicarious sacredness and of the common weal, absolving people from their responsibilities and validating the existing order and the obtaining epistemologies of truth. People are far too easily led to believe that, because they are inherently good, decent and law-abiding, they cannot possibly commit something morally wrong. We don’t need patriotism and civil religion to strengthen their conviction that, if they perpetrate a vile act, they are following their conscience.

Wilton Sekzer, a retired NYPD officer, lost his son on 9/11. Seeking revenge, he e-mailed the Pentagon and the Army to have his son’s name painted on a bomb to be dropped in Iraq. The bomb, with inscribed the dedication “In loving memory of Jason Sekzer”, fell on the Iraqis. Sekzer was later to find out through a televised press conference by George W. Bush that there was no connection between Iraq and the terrorist attacks on American soil.
It is most unfortunate that those communitarians who condemn the alleged “social monism” of cosmopolitan liberalism and advocate primordial memberships do not seem to have fully thought through the actual implications of their contentions in the light of the historical precedents. Primary civic virtues such as obedience, loyalty, discipline, harmony, self-restraint, duty, respect, group cohesion, which are indispensable to maintain the larger social system, are also potentially harmful, and even deadly, in so many ways. One only has to think of the worrisome results of the experiments carried out by Asch, Sherif, Milgram, Zimbardo, etc. on group influence, conformity to social role, obedience, the stifling of dissent and their disastrous consequences in terms of judgment and decision-making. The sad truth is that people in crowds behave like sheep or ants, blindly following their leaders who, in turn, cannot help but submit to the herding instinct of the shepherd dog set on the salvation of the flock (pastoral power). In so doing, they ignore new and more promising options. But even a single dissenter can make a difference in the moral reasoning of the other members of a group. It is not that individuals make better decisions than groups, for countless tests prove the opposite, what we should avoid is group polarization through a norm of openness and dialogue and a strong emphasis on individual autonomy, universality and generality. This is precisely why cosmopolitan liberalism is irreconcilable with patriotism and civil religions. Cosmopolitan liberalism is likely to increase the number of potential dissenters because it is not premised on the “ethics of community” but on the “ethics of autonomy”, that is, on the Kantian/Kohlbergian assumption that: (a) moral maturity comes down to moral autonomy; (b) morality should be based on individual rights rather than on social duties (post-conventional morality) and entails acting in a way that is in accordance with universal standards of justice; and, finally, (c) rational autonomy is empowering, for it enables citizens to make up their own minds and decide the kind of life they wish for themselves (ethical agency).
Ultimately, the most infuriating vice of humanity is not egotism (which is bad enough already) but conformism, which is often accompanied by a sense of cosmic determinism and by our willing subjugation to an oppressive sociality, and to myths and other abstractions such as an idealised past and an ideal future. These traits function as powerful mobilizing forces causing people to believe that asserting one’s personality and individuality is intrinsically wrong, even though “the ordinary self is not so impoverished as to acquire substance only through intense adherence to a group pattern.”
Once again, wouldn’t we all be better off if human beings only loved living beings, instead of perverting the very nature of love by extending this feeling to things and figments of the imagination, like “homeland” and “common will”? A related question is whether the aim of policy-making is to preserve certain institutions or instead to pursue the welfare of human beings? In other words, does the Italian constitution deserve my love, indulgence or reverence, as if it were Sacred Scripture, or rather my respect and appreciation for what it stands for, namely the notion that human beings have worth as human beings, and only secondarily as members of some category or other? If the latter is true, then “constitutional patriotism” is indeed an oxymoron (Kateb, 2008).

After the spectacular failure of conventional (communitarian) morality during the past century, unconditional and unreflective identifications are extremely problematic. It is, in my opinion, rather preposterous to argue that it is possible to teach patriotism without instilling jingoism, for patriotism is not a natural sentiment in large scale state societies. It is an invention, an artificial construction, unlike our membership in the human species, and needs to be relentlessly mobilized, also through the language of moral obligation, to the extent that one is recognized as a dutiful citizen and moral agent only as a patriot. This mobilization demands an emotional investment that constitutional patriotism as such cannot possibly trigger – hence the unavoidable nationalistic overtones – and implies that there is a “correct” way of relating to one’s country. In this sense, patriotism can only be idolatrous and the heartland, or Heimat, is apt to be seen as a natural entity, an inherited commitment from which one can hardly tear himself away, rather than a “territory of the imagination.”
Furthermore, there is no such thing as an intellectually objective patriot promoting some sort of “benign, progressive patriotism”. Someone’s patriot is another one’s nationalist. Patriotism, a variety of tribalism that becomes more conspicuous in times of increased rootlessness, far from erasing otherness, magnifies it and thus cannot be the vehicle of a deeper affection for human beings. We should instead question any settled sense of ‘we’ identification and strive to develop ‘post-conventional identities’ in what Habermas has termed ‘post-traditional society’. A truly cosmopolitan culture is the universal acid that will eventually eat through all ascribed group identities which depersonalize individuals, disable their critical faculties and independence of thought, and ultimately prevent them from pursuing a more subjective idea of the ‘good life’, in a socially responsible manner.