Race and the Constitution 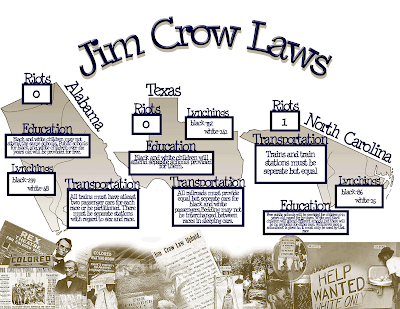 Thomistic philosophy and Enlightenment anthropology were premised on the tenet that reason was the distinguishing feature of humanity. Over time, however, a different theoretical orientation emerged, which stressed the importance of physiological constraints to rationality: not all people and not all races possessed intellectual faculties to the same degree; hence, many could not govern themselves and strive for excellence. This approach reaffirmed the continuity of biological explanations of social inequality, justifying a hierarchical conception of racial differentiation based on naturalistic premises and the subjugation and exploitation of non-European peoples for their own good – Rudyard Kipling’s “white man’s burden”.

Thus, the belief in human biological determinism, which was originally confined to the circles of seventeenth century’s European aristocrats, was retained and adapted to serve the political aspirations of the middle-class. Furthermore, in the United States, the Founding Fathers were particularly fond of Platonic and Aristotelian political theories and, like their Greek precursors, they feared that racial diversity would lead to political fragmentation and, ultimately, to the dissolution of the Republic.

It is therefore unsurprising that the word “miscegenation” was first introduced into legal discourse in the United States, the only country in the world employing the “one drop of blood” rule and the hypodescent criterion, whereby people are black if they have some degree of African ancestry, irrespective of their phenotype, and that the 1935 Nazi Nuremberg laws, the 1937 racial laws of Italian fascism, and the 1949 miscegenation statute of South Africa were all inspired by the U.S. miscegenation laws.

“American exceptionalism” began in 1691, when legally banned interracial marriage for the first time in human history. By 1776, 12 of the 13 original states had followed ’s example. Throughout the nineteenth century, racial segregation became a national phenomenon. In Roberts v. 59 198, 5 Cush. 198 (1849), the Massachusetts Supreme Judicial Court ruled that segregation in Boston’s public schools was permissible. Similar legal provisions were enacted in and in other states which, in the late nineteenth and early twentieth century, barred South and Far Eastern Asians, as well as Native Americans and African Americans, from public schools. Meanwhile, , , , , , and passed the black immigrant exclusion laws.

Following Lincoln’s Emancipation Proclamation, the ratification of the 13th, 14th and 15th amendments to the U.S. Constitution, and the Civil Rights Act of 1875, Southern and border states ratified the Jim Crow statutes, which applied to African Americans, Asian Americans, and mixed-race individuals, prohibited interracial marriages, and led to the segregation of most public places, including railroad passenger seating, and residential districts. These statutes were upheld by the Civil Rights Cases 109 U.S. 3 (1883), which also declared the Civil Rights Act unconstitutional, for its provisions could not apply to private acts, and by Plessy v. Ferguson 163 U.S. 537 (1896), a 7-1 decision which put forth the “separate but equal doctrine”, to the effect that racial separation could be deemed constitutional, provided that facilities for each race were equal. By 1910, the South had established a virtual caste system prescribing separate telephone booths, elevators, Bibles, and water coolers for blacks and whites.

In those same years, fear of immigrants from , Southern and Eastern Europe, and from Asia reached a . These immigrants were believed to pose a genetic threat to the vitality of the nation. It was argued that, due to a menacing differential birth rate, their blood might pollute the American gene pool and their lax morality might deteriorate white Protestant virtues. This called for immigration restrictions to halt the flux of unfit immigrants, as well as enforced institutionalization and compulsory state sterilization to prevent contamination from those already in the .

The 1920s and 1930s were the heyday of sterilization programs, mental testing, marriage restrictions, racial segregation, and discriminatory immigration quotas, which were allegedly needed to pre-determine the ingredients of the American melting pot. The anti-miscegenation Racial Integrity Act, based on the dubious claims of racial science, was passed in Virginia in 1924, the same year that the severely restrictive and racially selective Johnson-Reed Immigration Act was promulgated by the Congress., following the Chinese Exclusion Act of 1882 and the 1917 Immigration Act, which excluded “all idiots, imbeciles, feeble-minded persons, epileptics, insane persons…professional beggars, vagrants…polygamists, and anarchists.”

Racial laws went largely unquestioned until the Fifties and Sixties, a period of economic expansion and relative prosperity. Then, Brown v. Board of Education 347 U.S. 483 (1954) held that segregated public education denied equal protection. But this decision could not abolish “de facto” segregation: in 1965, only two per cent of blacks attended desegregated schools. With the 1964 Civil Rights Act all public facilities and public education were desegregated, and discrimination in employment on the grounds of race, color, sex, or national origin was made illegal. The voting rights act of 1965 invalidated racially discriminatory measures that, prior to WWI, had restricted voting to less than four percent of Black citizens, with only 150,000 blacks being allowed to vote in 1940. Finally, in Loving v. Virginia 388 U.S. 1 (1967), the concept of “racial purity” was removed from the American legal discourse and, in 1968, the Civil Rights Act ended “de jure” housing segregation.

This necessarily cursory examination of the racial question in the United States shows the extent of the devaluation of constitutionally sanctioned individual liberties for the members of ethnic and racial minorities, “the un-American others” who, from the perspective of the ruling majority, did not appear to act like truly independent moral agents, and therefore were in no position to fully exercise those rights. It is a bitter irony that a nation founded on the centrality of civil liberties has been historically so fearful of certain categories of individuals and their freedoms. In many ways, this is also witnessed by the startling imprisonment rates in the , unparalleled in Western countries. Rising incarceration reflects a zero-tolerance trend in law enforcement and sentencing that is in stark contrast with the corresponding European descending rates.

Over the past thirty years, the number or people incarcerated in the increased fourfold. As a result, despite falling crime rates, the current imprisonment rate is the second highest in the world after post-genocide , and seven million American citizens are now in jail, on probation or on parole, that is, 32 American adults. Furthermore, over four million detainees or former detainees are denied the right to vote. Racial disparities are flagrant. In the 1940s, 77 percent of all detainees were white, and 22 per cent were black. Nowadays, 60 percent of state and federal inmates are black or Hispanic and about one in 13 blacks in the 25-29 age group is in jail. One third of black males born today are likely to serve time in prison during their lifetime. This “great confinement”, namely the over-representation of blacks behind bars in a state of mass imprisonment, has been explained as the result of the stronger emphasis that is placed in American culture on individual responsibility in deviant behavior – the rhetoric of “crime as a moral choice” –, and as a means by which the justice system manages ostensibly “unruly” human groups, neutralizing them by physical removal. In this sense, mass incarceration of racial and ethnic minorities as social cleansing by penal means falls along the same logical continuum from slavery, to segregation, to urban ghettoes, one premised on the belief in the ultimate unassimilability of most African Americans into American society.