A gemütlich Segregation – Multiculturalism and the Iceman's Curse 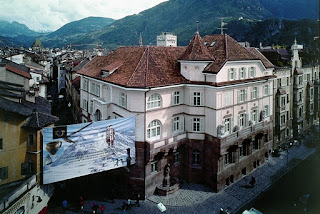 Stefano Fait, "A gemütlich Segregation – Multiculturalism and the Iceman's Curse in Italy"
http://www.ashgate.com/isbn/9781409411215

It is useless to continue speaking German if we acquire Italian ways and mentalities…An ethnic minority must never lose its fear of disappearing. Once it does, it will disappear.
– Silvius Magnago, the father of modern South Tyrol

Everyone wants to be a minority, here; being a majority is unappealing.
– Anton Pelinka, Austrian political scientist, on multiculturalism in South Tyrol

It is in the strictest sense a medley, for they mix but do not combine. Each group holds by its own religion, its own culture and language, its own ideas and ways. As individuals they meet, but only in the marketplace, in buying and selling. There is a plural society, with different sections of the community living side by side, but separately, within the same political unit.

Life in the South Tyrol of ethnic quotas (ethnischer Proporz) can also be contrasted with the Cantle Report’s (2001, Section 2.1) depiction of the inner cities of Northern England:

The extent, to which these physical divisions were compounded by so many other aspects of our daily lives, was very evident.  Separate educational arrangements, community and voluntary bodies, employment, places of worship, language, social and cultural networks, means that many communities operate on the basis of a series of parallel lives. These lives often do not seem to touch at any point, let alone overlap and promote any meaningful interchanges.