The irrelevance of libertarian bioethics 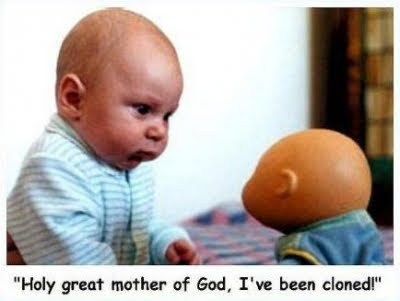 Even a casual observer would not fail to notice the pervasiveness of bioethics in contemporary society. How did bioethics come to take on such significance in Western societies? This is a rather puzzling phenomenon given that, in a pluralist society, philosophy cannot deliver incontrovertible moral verdicts and the philosophers’ views are no more binding than those of the man in the street (Maclean, 1993). As logician Charles S. Peirce noted long ago, absolute certainty, absolute exactitude and absolute universality cannot be attained by reasoning and, in a world in which human reason and knowledge are socially, culturally, and historically embedded, it would be misguided to expect bioethicists to provide objective and rigorously codified precepts and indications. Their speculations can only tell us what they believe is right and fair, and their logical demonstrations must be first evaluated against the empirical evidence. Thus far, libertarian bioethicists do not appear to be willing to concede this point, and yet their resolve does not make their arguments any more compelling.

It seems that, at times, libertarian bioethicists feel somewhat insecure about the conceptual foundations of their field and, as a result, about their own authoritativeness and authority. And rightly so, given that logical consistency is no proof of wisdom and veracity. When it comes to critics, several of them display a startling lack of the cool, detached, rational style of reasoning that should underpin bioethics theory. Witness the indignant reactions to the legitimate criticisms of bioethics made by prominent philosophers, anthropologists, sociologists, historians of medicine, and even by some bioethicists (Hermitte 1990; Wolf, 1996; Cooter 1995, 2004; Fox 1999; Bosk, 1999; Berlinguer & Garrafa, 2000; Stevens 2000; Campbell, 2000; Benichou, 2002; Ashcroft, 2004; Hedgecoe, 2004, Stephen 2004; Koch, 2006). This is most unfortunate, for democracies thrive on the questioning minds of professionals and lay-people alike, and this means that specialized expertise cannot be exempted from public scrutiny lest, to paraphrase Blaise Pascal, we should make an idol of truth itself.
On the other hand, Troy Duster is spot-on when he opines that the notion of “trained incapacity”, due to customary professional biases, may well apply to many bioethicists, who don’t always have a good grasp of the social and cultural ramifications of technoscience (Duster, 2003). Personally, I am under the impression that some of the leading libertarian bioethicists are sometimes blinded by their own ostensibly progressive reformism and do not see that through their aggressive argumentation and rigorous, but occasionally simplistic analyses they somehow compel people to freedom (Glover, 2001). Perhaps prompted by an underlying substratum of anthropological pessimism, they tend to reason the public into believing that human life can and should undergo unlimited changes and that the needs and expectations of the well-to-do must not be restrained, even if this means raising the bar of what passes for a decent life and promoting a lifestyle that is not environmentally and socially sustainable. In this sense, many bioethicists who pose as iconoclastic thinkers really are in tune with the core values of a postmodern consumerist society and with the logic of market segmentation and emulative spending. Perhaps the most serious flaw in the vigorous libertarian strand of Anglo-American bioethics is the inability to understand that change is less a free, rational choice than the end result and function of social and economic coercive power-relations.
Unfortunately, the haste with which common sense is waved aside as an inconsequential distraction, together with a rather strong measure of technological determinism, can only reinforce the impression that bioethics has the justificatory function of bringing the public around to the way of thinking of the most enlightened and glamorous elite and, by extension, of the bio-pharmaceutical industry. The fact of the matter is that a thin bioethics confronting the market and powerful professional and corporate interests is bound to be either crushed or to lend itself to the endorsement of an ideology of unbridled competition and rampant consumerism. Bioethicists would therefore be well advised to pay heed to the words of Jean-Baptiste Henri Lacordaire, who once said that “between the weak and the strong, it is freedom which oppresses and the law which sets free.”