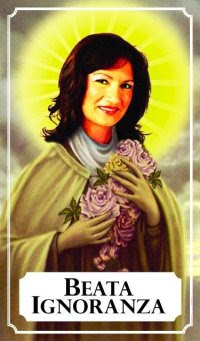 1. "It's quite astonishing," said CERN physicist Jonas Strandberg, who was not involved in the project. "If it's true it's remarkable, it's something that nobody expected."

2. There's nothing obvious they haven't done," said Stephen Parke, head of the theoretical physics department at Fermilab. "They've obviously done many of the checks that people would have hoped to see. They've been pretty thorough, I would say."

3. "If this turns out to be correct, there's a lot of rethinking that has to go on, and that's fantastic," Parke told LiveScience. "To the theoretical physics community that's what we like to do best — reinvent the universe every day. If it's correct, I'm going to have a field day writing papers."

4. "I want to congratulate you for this extremely beautiful experiment," Nobel laureate Samuel Ting of MIT told the researchers after the seminar. "The experiment is very carefully done, with systematic error carefully checked. It's an extremely well-done experiment."

5. "It is hard to see what aspects of astronomy would not be implicated," astronomer Derek Fox of Pennsylvania State University wrote in an email to LiveScience. "Cosmological models depend on General Relativity being correct on large scales, and this would surely be thrown into doubt."

6. "It is very, very remarkable if it's true," said Professor Neville Harnew, head of particle physics at Oxford University.

"If this proves to be correct, then it will revolutionize physics as we know it."

7. Professor James Stirling, head of the Cavendish Laboratory at Cambridge University, said part of what is so surprising is that "the effect is so large, relatively speaking" -- that is, that the particles traveled a significant degree faster than should have been possible.

"This is a violation of this speed of light limit," he said. "This is really a result that would challenge one of the cornerstones of the whole of physics."

8. The universal, unwavering, cosmic speed limit — the speed of light — is the most fundamental of constants. Without it, we can wave goodbye to relativity as we know it. Causality — the fundamental relationship between cause and effect — would have to go. As Subir Sakar, head of particle theory at Oxford University put it to the Guardian yesterday: “Cause cannot come after effect and that is absolutely fundamental to our construction of the physical universe. If we do not have causality, we are buggered.”

9. Subir Sarkar, head of particle theory at Oxford University, said: "If this is proved to be true it would be a massive, massive event. It is something nobody was expecting. "The constancy of the speed of light essentially underpins our understanding of space and time and causality, which is the fact that cause comes before effect."

The key point underlying causality is that the laws of physics as we know them dictate that information cannot be communicated faster than the speed of light in a vacuum, added Sarkar.

"Cause cannot come after effect and that is absolutely fundamental to our construction of the physical universe. If we do not have causality, we are buggered."